Migration of soaring birds in the Strait of Gibraltar

Throughout  Europe, we can find up to 38 species of diurnal raptors, and practically all of them are migratory, at least in part of their European range.

Some of these migrations are short, but others involve movements of thousands of kilometers.  These movements require enormous energy consumption for birds, and they are competing for their survival.

In order to minimize energy consumption, the diurnal raptors with bigger wing surface migrate during daylight, using a method of soaring, followed by gliding. To do this, they utilize the hot air flows produced when the sun heats the Earth’s surface. This flow doesn’t occur over the sea, which greatly affects the migratory routes of these raptors. Apart from raptors, this also affects the routes of other soaring birds, like the storks.

Due to this, in Europe, the most important concentrations of soaring birds occur in both Mediterranean Sea extremes. In the eastern extreme, in Turkey and Israel, and in the western extreme, in the Strait of Gibraltar, where Africa is only 14 kilometers away from Europe. 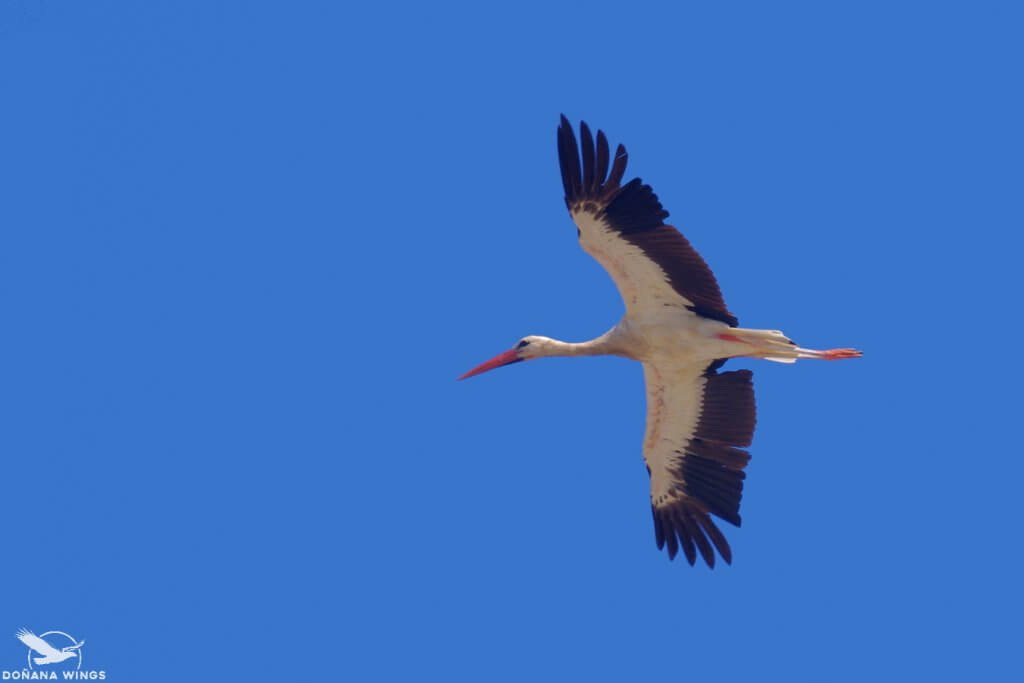 In the Strait of Gibraltar, 28 raptor species and 2 stork species can be observed migrating regularly.  Around 300.00 raptors and 150.000 storks cross the Strait every year, both in their spring and autumn migration. Here are concentrated the majority of the western European soaring birds. The crossing numbers of Black Kite, Egyptian Vulture, Booted Eagle and Short-toed Snake Eagle are the highest in the world.

Estimates of the passage of the 15 most abundant species:

The Migration Month by Month

Talking about the migration periods in the Strait of Gibraltar, we can say that we can find birds migrating over the Strait throughout the year.  As for the soaring birds, the months with higher activity are from February to May and from July to November.

Next, a month-by-month review:

January:  Only White Storks (who started their prenuptial migration in November!) and the first Black Kites can be observed migrating regularly this month.

March:  This is undoubtedly one of the best months to enjoy the spring raptor migration in the Strait of Gibraltar, as many of the species mentioned above have their peak migration in March.

April: The migration of the species mentioned before continues in good numbers and the first specimens of other later species, such as the Hobby and the Honey Buzzard appear, this last one especially by the end of April.

May: The majority of most species has crossed over, but still passing in small numbers. But the most impressive attraction is the Honey Buzzard migration, which migrate in mass the first half of this month. Also the Griffon Vulture migration has their peak in May.

June: For practically all the species, the prenuptial migration is almost finished, with very few birds crossing. The only raptor crossing regularly is the Griffon Vulture.

July: After a short truce, the sky of the Strait is full of birds again, with the first birds in postnuptial migration. The pioneers are again, Black Kites and White Storks, with thousands of them migrating some days.

August: The Black Kites and White Storks, which have their peak this month, are joined by Sparrowhawks, Egyptian Vultures, Common and Lesser Kestrel, Montagu’s (with their peak also by the end of August) and Marsh Harriers… Also to be highlighted is the Honey Buzzard migration, with thousands of them crossing in a few days between the end of August and the beginning of September.

September: This is the month with the highest diversity of soaring birds migrating over the Strait, and many of them have reached peak in September, such as the Black Stork, Egyptian Vulture, Short-toed Snake-Eagle, Booted Eagle, Marsh Harrier, Osprey, Lesser Kestrel and Hobby.

October: The migration of almost all species continues, but in low numbers. However, the Hobby and Common Buzzard have their maximum passages.

November: The crossing of most species is now only anecdotal. However, the migration of Griffon Vultures is at its best, producing impressive days, and the prenuptial migration of White Storks is also beginning, returning to Europe!

December: The only remarkable movements this month are the White Storks returning to the North. 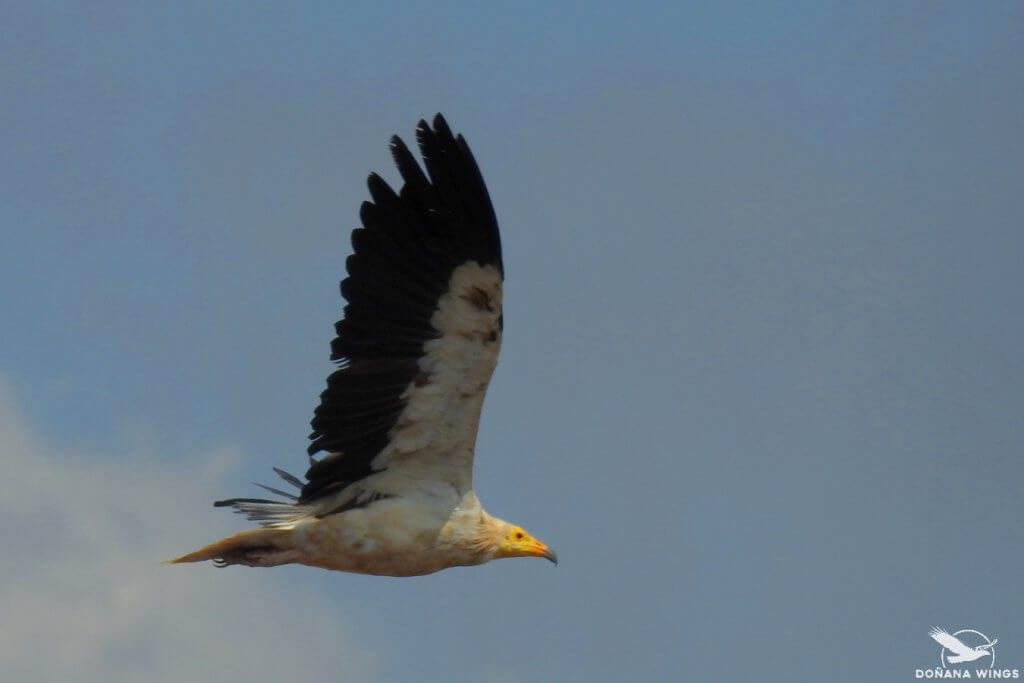 The wind, very present in the area of the Strait, affects to a great extent the migration of the soaring birds.

On one hand, when it has a lateral incidence and a certain intensity, it diverts the trajectory of the birds. This is very important when choosing the observatory from which to enjoy the migration, as with easterly winds, the birds are concentrated at the western side of the Strait and with westerly winds in the east. 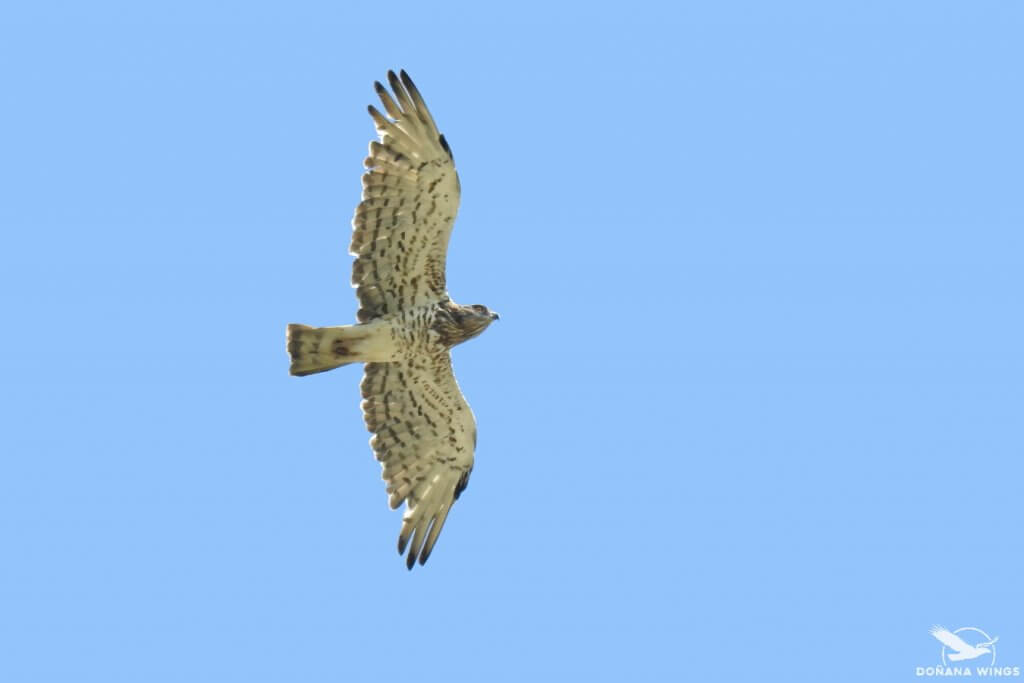 Apart from the usual species, there are several species of raptors considered rare in Spain, but which are observed almost every year in the Strait of Gibraltar, some of them regularly, such as the Ruppel’s Vulture, Greater Spotted Eagle, Lesser Spotted Eagle, Pallid Harrier or the Long-legged Buzzard. Undoubtedly another reason to visit the Strait!