The LittLe Egret is a heron really common in Doñana, distributed mainly along Europe, Asia and Australia.

The Western Reef Egrett is a coastal bird present in Africa, the Arabian Peninsula and Southwest Asia. The closest population to Spain is located in Mauritania. 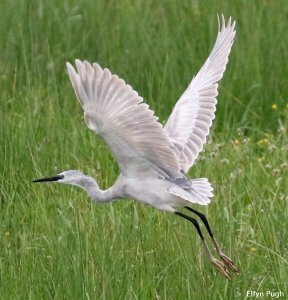