Why watch birds in Andalusia?

Home  »  Birdwatching in Spain   »  Why watch birds in Andalusia?

Andalusia proudly boasts an immense diversity of birds for a number of reasons: Its great amount of varied habitats and its relatively good conservation status. Added to this its position between Europe and Africa allows the opportunity to see birds of both continents and this a strategic point for bird migration. There are only a few places in the world that offer such diversity, experience and beauty for the dedicated lover of birds.

In Andalusia you can observe almost 450 species of birds. 53% of all European species may be observed in this region. This is literally a bird lovers paradise. An amazing 327 species appear regularly ( every year in greater or lesser amounts).

In addition to the diversity of species available in Andalusia, many are notable for different reasons.

Place the cursor over the species that interests you to see the list of the various excursions we offer to observe them.

Nearly endemic (most of them are located in the Iberian peninsula with small population in surrounded countries). Iberian Green Woodpecker (recently separated from Green Woodpecker), Iberian Chiffchaff, Southern Grey Shrike.

Balearic endemism: Balearic Shearwater, they exclusively breed in the Balearic islands but throughout their migrations can be observed from the Andalusian coasts.

Very threatened species (their conservation status is unfavourable, some of them on a worldwide level): Northern Bald Ibis (one of the most threatened species around the world and recently successfully reintroduced in Andalucia) Great Bittern, Marbled Duck, Ferruginious Duck, White-headed Duck, Red-knobbed Coot and Dupont’s Lark.

Only location in Europe (the Iberian Peninsula is the only place in Europe where these birds can be observed): Black-bellied Sandgrouse, Pin-tailed Sandgrouse (except of a small population in the South of France), Black Wheatear, Red-necked Nightjar, Western Olivaceous Warbler and African Reed Warbler (recently separated of European Reed Warbler).

It is also exceedingly possible to see the waterfowl and waders concentrations in the marshlands, such as Greylag Goose and Common Crane in Northern Doñana, or Glossy Ibis in Brazo del Este.

And, of course, in the southern corner of Andalusia, the chief attraction of the Strait of Gibraltar is that it is overflown by hundreds or thousands of White Storks, Black Kites, Griffon Vultures, European Honey Buzards, Booted Eagles, Short-toed Eagles, Egyptian Vultures…

Click on the following links to see the entire checklist of Andalusian birds and the observation probability in every one of our routes. 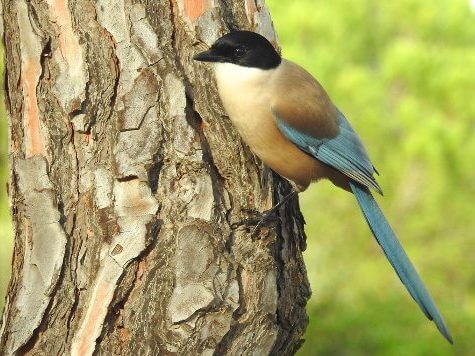 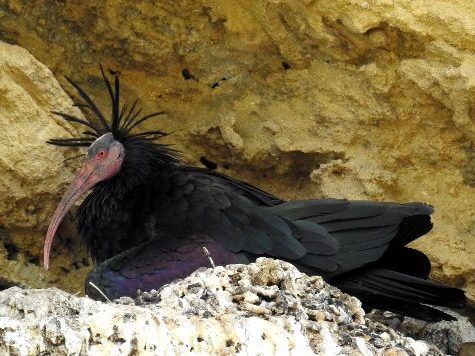 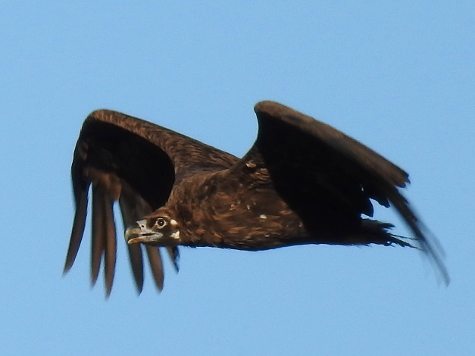