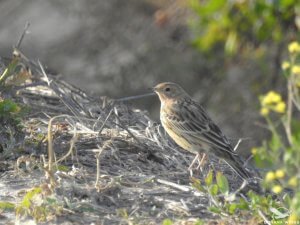 The Red-thorated Pipit breeds in Arctic areas from Fennoscandia to the Bering Sea, and also in Western Alaska. It is a migratory species that has its main wintering grounds in Southeast Asia and sub-Saharan Africa. It can winter more sparsely in the north of these areas and also on the west coast of the United States and Baja California.

In Spain it is mainly detected during their migration and more rarely overwintering, the more to the West the more scarce. Therefore, observations in Southwestern Spain are really uncommon.

On March 30th I found an exemplar on the edge of an alfalfa field in Brazo del Este (Seville). I was watching it for nearly an hour while it was feeding. The next morning it was again observed by other birdwatchers.

Distribution of the records (Ebird). 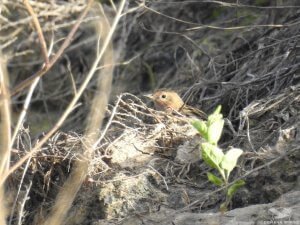